Volker Germann is the new Managing Director of Audi Brussels

Volker Germann is the new managing director at Audi Brussels. The plant in Belgium produces the Audi e-tron, the first all-electric SUV in the history of the Audi company. Germann succeeds in this position to Patrick Danau, who is retiring after more than 40 years of service for the Volkswagen Group. Within the executive board of Audi Brussels, Volker Germann will hold the positions of General Director for Production, Technology and Logistics and Spokesperson of the Management. 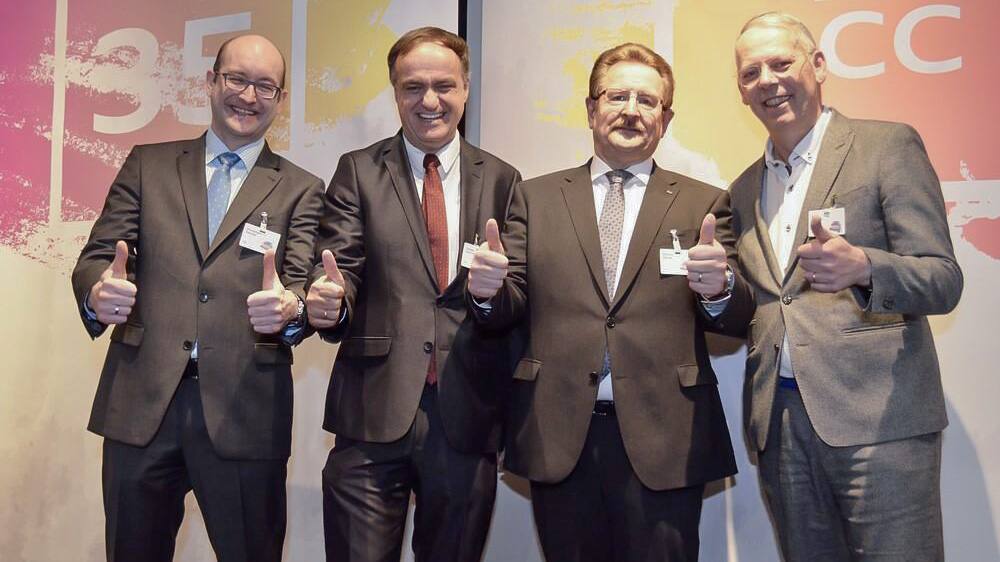 "With Volker Germann, a proven production expert with great international experience has come to the Brussels site. We are delighted that we have been able to gain him for this task,” says Peter Kössler, Chairman of the Administrative Board of Audi Brussels and Member of the Board of Management for Production and Logistics at AUDI AG. “We would like to thank Patrick Danau for his long-standing and tireless commitment to the plant in Belgium. He has driven the conversion of the plant into a location for electro mobility with a great deal of personal commitment and has made a significant contribution."

Germann has been working successfully for the Volkswagen Group and Audi for many years. He graduated in engineering at the College of Technology in Mannheim and began his career in 1986 as an employee in central planning for painting and assembly at VW. In 2009, he became managing director at VW do Brasil in Curitiba. In 2016, Volker Germann became managing director of the FAW-Volkswagen joint venture in Changchun, China. The Audi A4 L, Audi A6 L, Audi A6 L e-tron, Audi Q3 and Audi Q5 L model series are built for the Chinese market in that city, which has a population of approximately seven million. Germann is now looking forward to the new professional challenge in the European capital: "The Brussels plant is currently carrying out one of the most important ramp-ups at Audi. Under the leadership of Patrick Danau, the factory has prepared itself optimally for this task. I am happy to be able to help shape the dawn of the age of e-mobility and the production of vehicles with completely new drive technology. I am now part of the team that is putting the Audi e-tron on the road with great passion and skill."

Germann’s predecessor, Patrick Danau, and his team had focused the Brussels plant over the past three years on the production of the Audi e-tron, and made the factory in the heart of Europe into a leading plant for electric mobility. The graduate engineer had known the Brussels plant since 1978, when he began his career in the assembly section of the former VW plant in Brussels. After numerous positions in Group companies around the world, Danau found his way back to Brussels in 2014, where he worked for the past five years as General Director for Production, Technology and Logistics and Spokesperson of the Management. "For me, my professional life has come full circle: I am now ending my career where everything started for me more than 40 years ago. I could not have imagined a better conclusion at the end of my career than the production of the Audi e-tron."