The backbone of our large-scale production.

Most of the work on the premises in the assembly hall is done manually, partially digital aided. “On future assembly lines, there will be far more cooperation between humans and machines”, explains Peter Verschooris, head of the assembly hall at Audi Brussels, referring to the so called “co-operating robots”, robots that execute the work together with the co-operators. “With a view to the fast-growing number of model variants, our assembly department is constantly experimenting and developing new production concepts.” 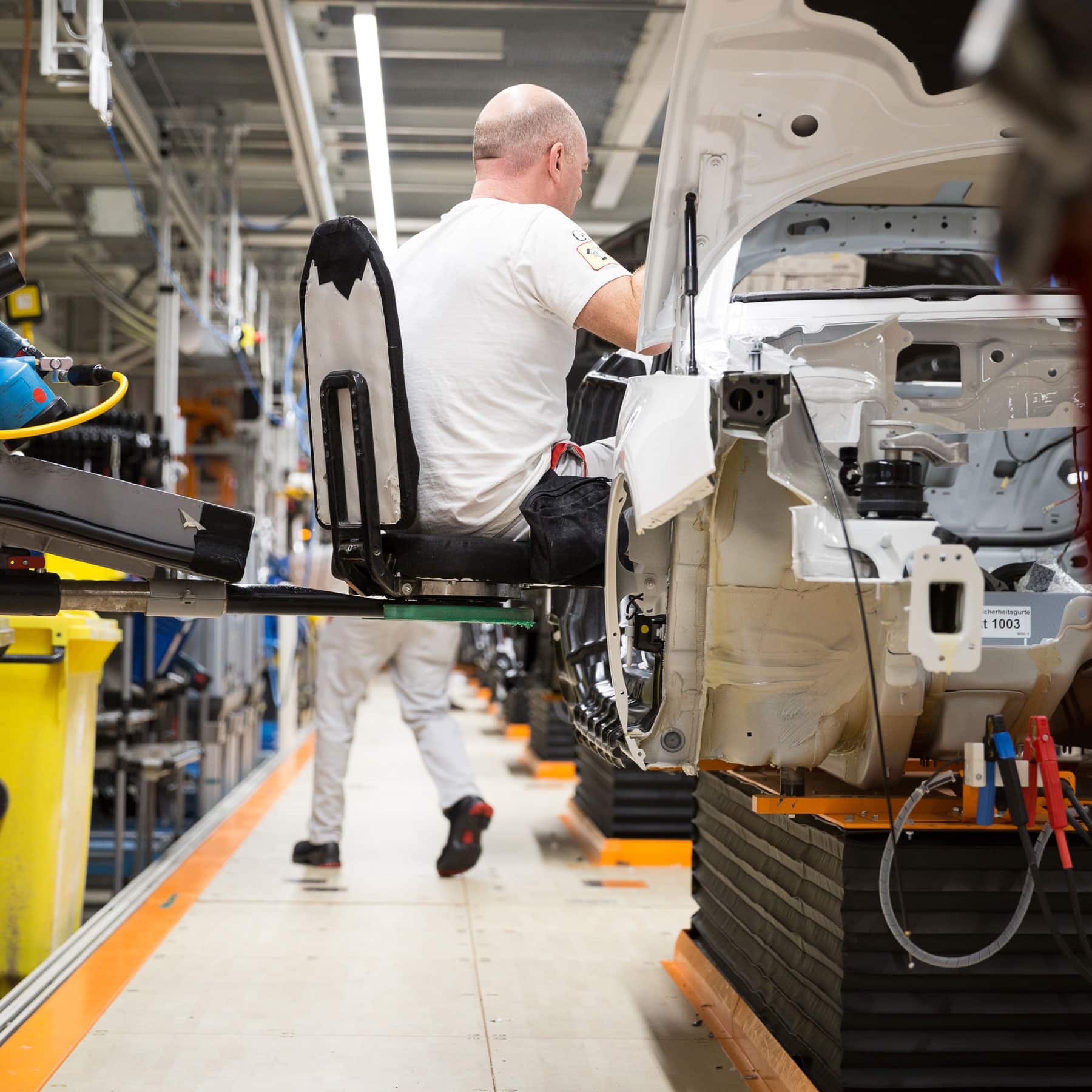 Together with the assembly of the electric SUV of Audi, the Audi e-tron, our team at Audi Brussels implemented essential elements of a modular production, replacing the fixed assembly line-principle by flexible workstations.

We focus on the human aspect. The challenge lies in developing flexible systems for various models which fulfill the highest standards in ergonomics. This way, our co-operators’ health is protected and their work is made as convenient and pleasant as possible.

Does this appeal to you?

Internship in the Assembly Department