70 years of experience in car manufacturing

The varied, eventful history of Audi Brussels extends back to the 1940's. Find out more about the great personalities from the factory's 70-plus years of history. Learn about the fascinating evolution of the various models and major milestones in the field of car manufacturing:

Audi is heading for the future: Since the beginning of September, the Audi Brussels plant has been mass producing the Audi e-tron. The brand’s first all-electric SUV has a range suitable for everyday use. Its Battery technology and actual drive system was developed in-house.

Audi pursues a holistic approach with regard to sustainable premium mobility. For this reason, the company attaches great importance to the resource-conserving production of its electric SUV. Right from the start of production, Audi Brussels will produce the series version of the Audi e-tron with a CO2-neutral impact on the environment. Audi Brussels also claims the title of Top Employer for the third year running. 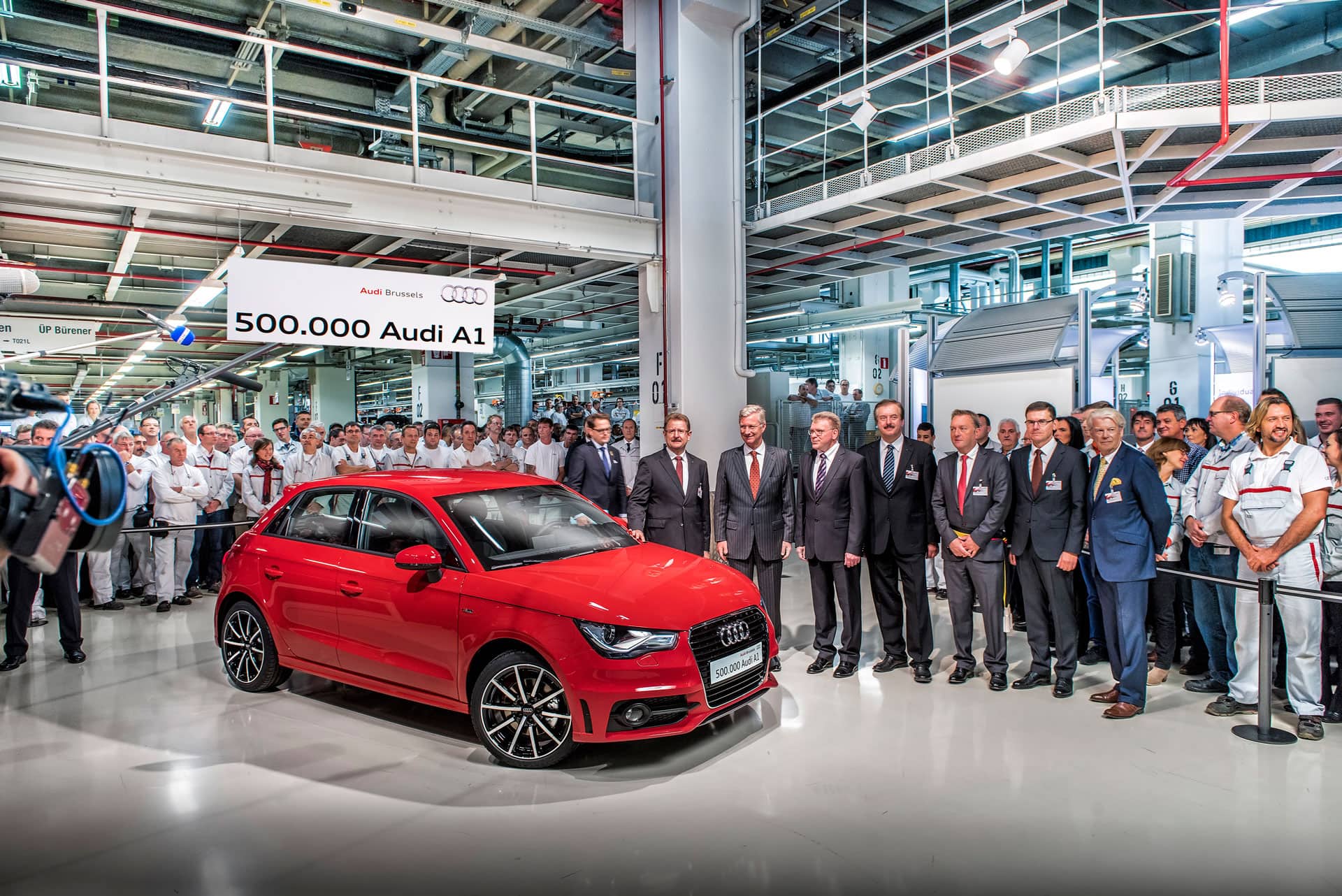 In 2014, Audi Brussels celebrated production of the 500,000th Audi A1, en event that was attended by the King and Queen of Belgium. Production of the Audi S1 began in February 2014.

In early June 2012, Audi Brussels celebrated its five-year anniversary. 2012 also marked the start of production of the Audi A1 quattro, in a limited run of 333 vehicles. Cooperation agreements were concluded between Audi Brussels and the partner schools for the “Vocational Education & Training” trial project. 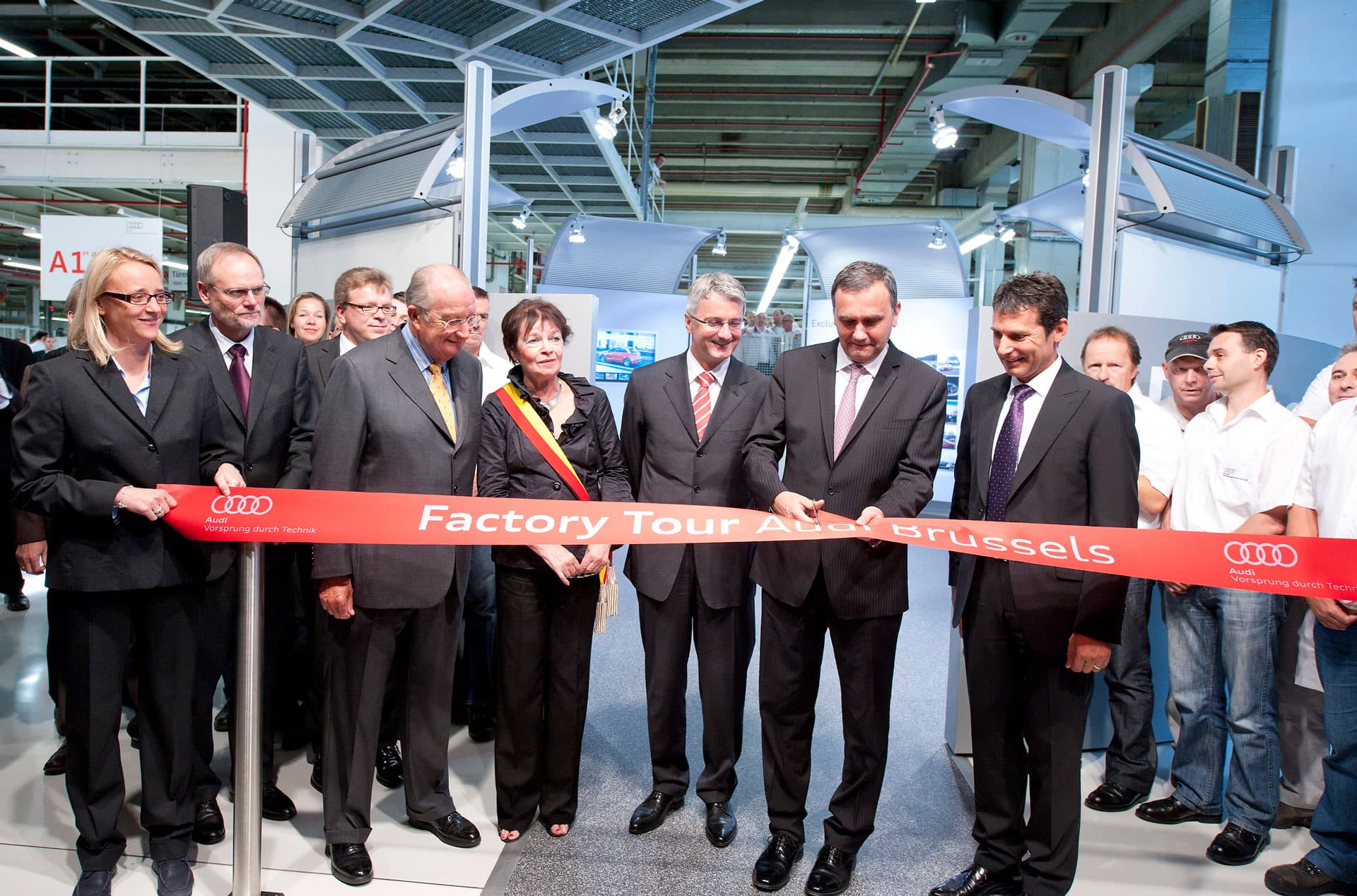 The Production of the new A1 began on May 10. Brussels was the only production site in the world to manufacture this model.

The new company restaurant was opened in February 2010. The health center also underwent renovations, and from April offered the Audi check-up service to all employees. With this service, Audi set the benchmark for preventive healthcare.

There was a double anniversary in 2009: The Audi brand celebrated its 100th birthday and Audi Brussels as a production site its 60th anniversary. For this special occasion all employees were invited to bring their family and friends for an anniversary weekend to the factory.

September 2009 also marked the inauguration of the pre-series production site for the A1. 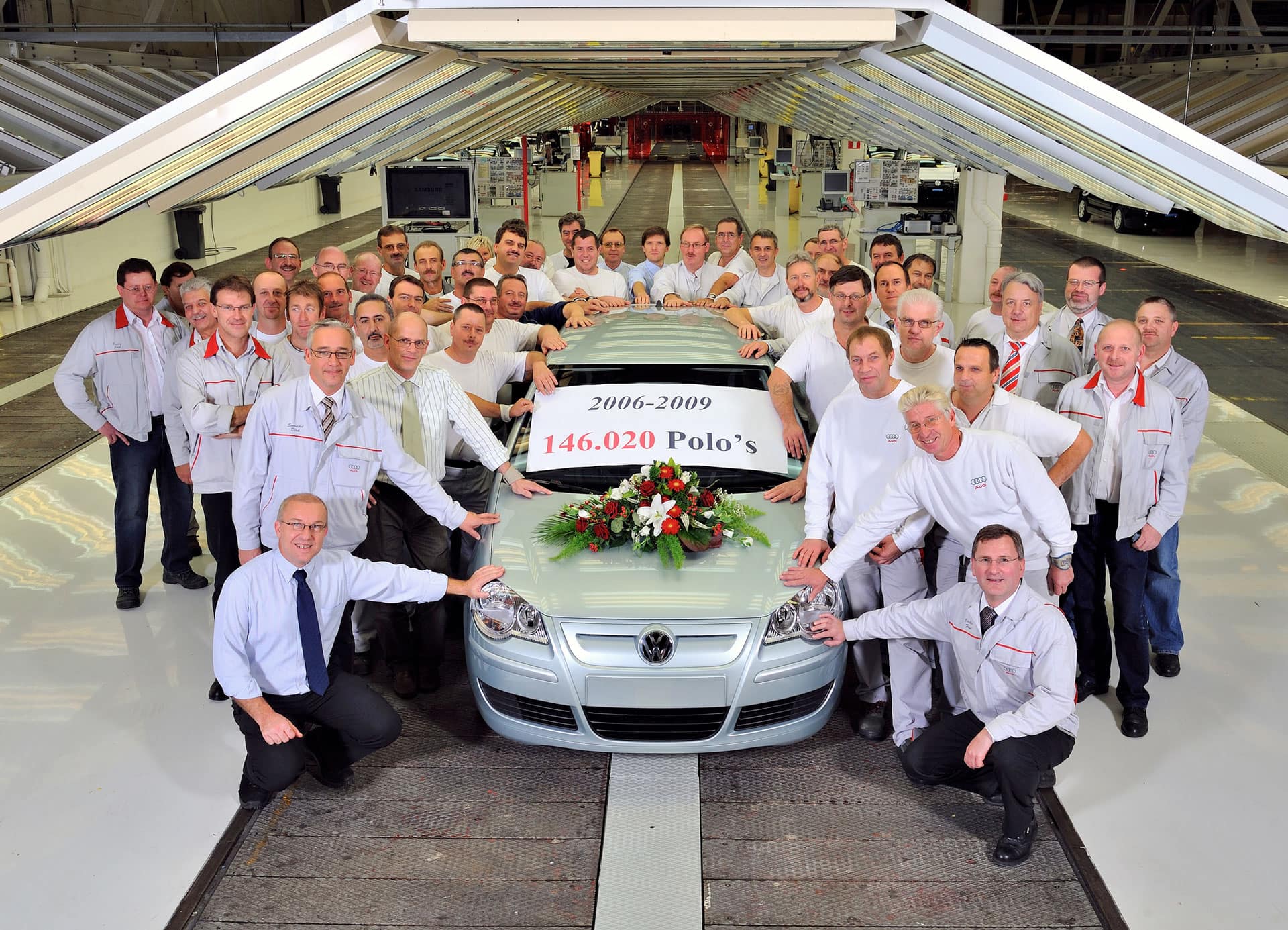 In 2007, the AUDI AG decided to take over the factory from Volkswagen AG and started renovating the existing infrastructure: A new body shop including 450 brand-new robots was built up as well as a production start-up, testing and analysis center.

The decision by Volkswagen AG to focus on the production of the Golf at the Wolfsburg and Mosel sites was made. The restructuring agreement saved 2,200 jobs.

Establishment of the company AutoVision S.A./N.V. as the operator of the Automotive Park.

This year marked yet another change of model. The Brussels site stopped producing the Seat Toledo (after 194,789 vehicles) and began producing the VW Lupo in its place. Production of the VW Lupo stopped in 2005, after 176,506 vehicles.

Production of the VW Passat in Brussels stopped in 1997, after a total of 1,257,235 vehicles had rolled off the production line. Production then began on the Seat Toledo in the same year. Between 1998 and 2000, the Seat León was manufactured in Brussels. A total of around 20,000 vehicles was produced.

A new chapter in the expansion of the factory and the increase in its capacity began in 1987. Volkswagen integrated the former Citroën factory and other sites in the surrounding area into the factory. The factory was subject to further expansion and optimization between 1988 and 1991; this work involved modernizing existing production systems and building new ones. 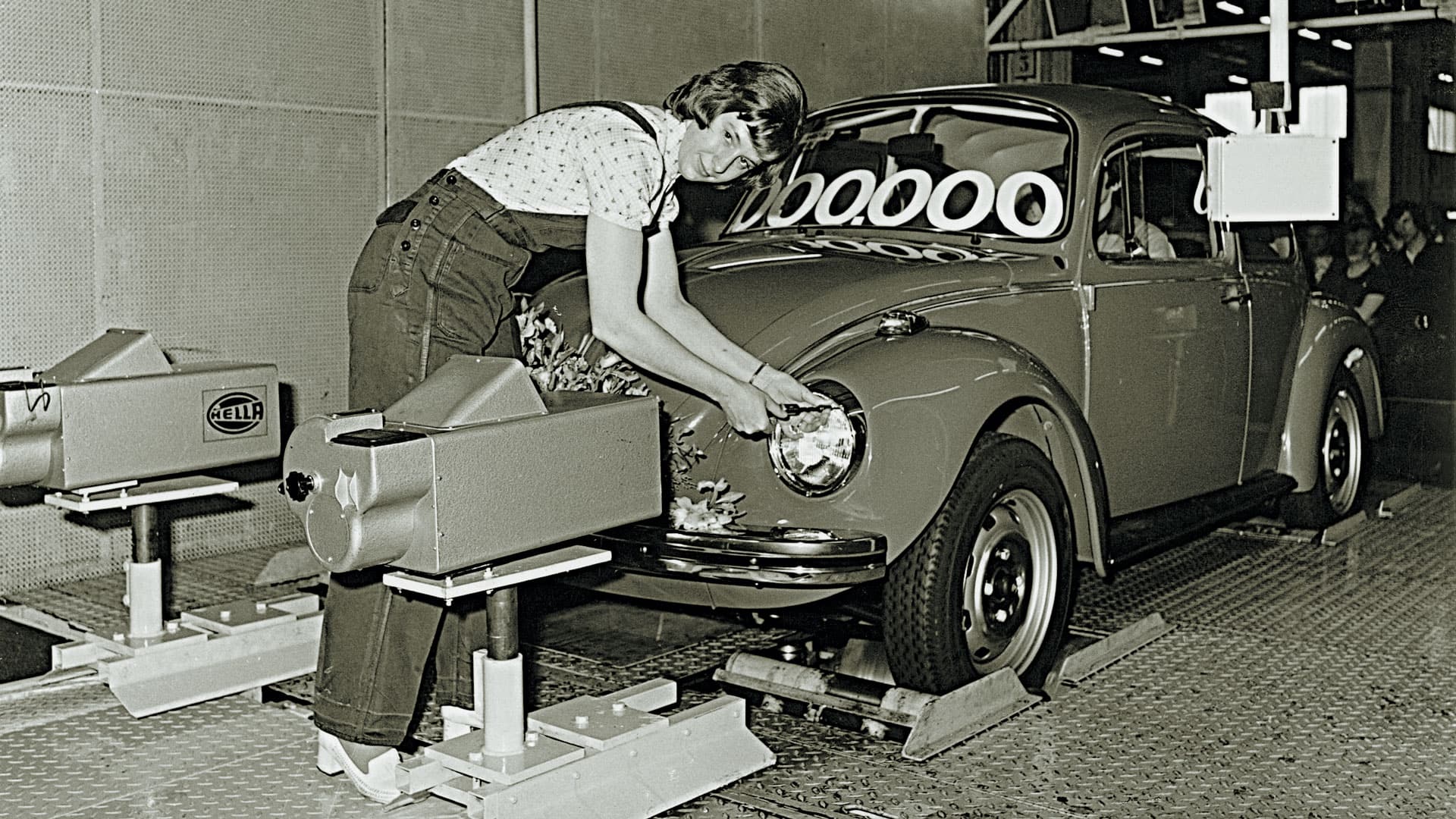 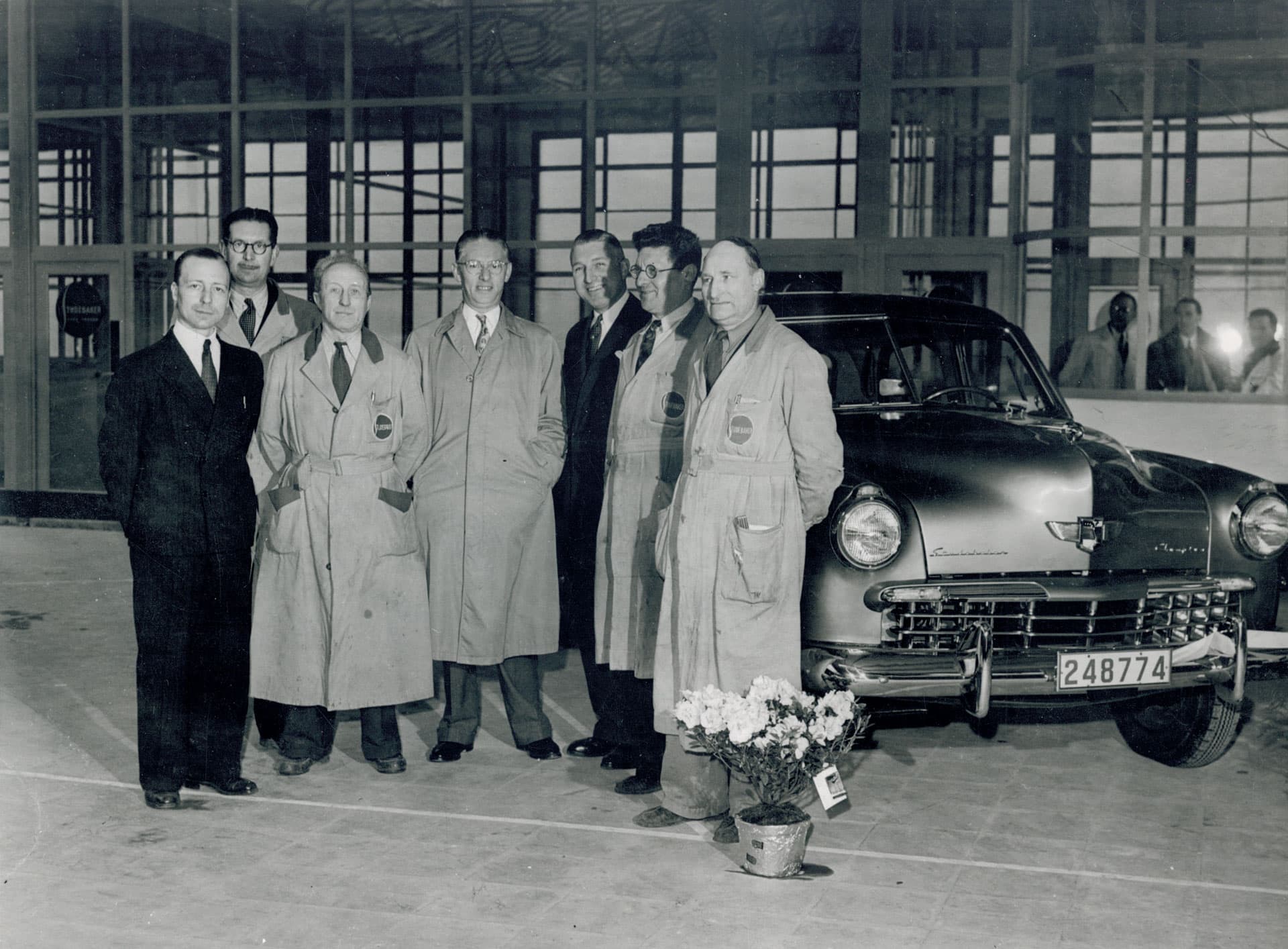 Production of the Volkswagen Beetle began in 1954. A total of 1.1 million vehicles were produced there. At this stage the factory covered an area of 314,000 square meters and was producing around 75 cars per day with the help of 750 employees. Production of the Studebaker stopped in 1960, leaving only Volkswagen and Porsche vehicles in production at the factory. 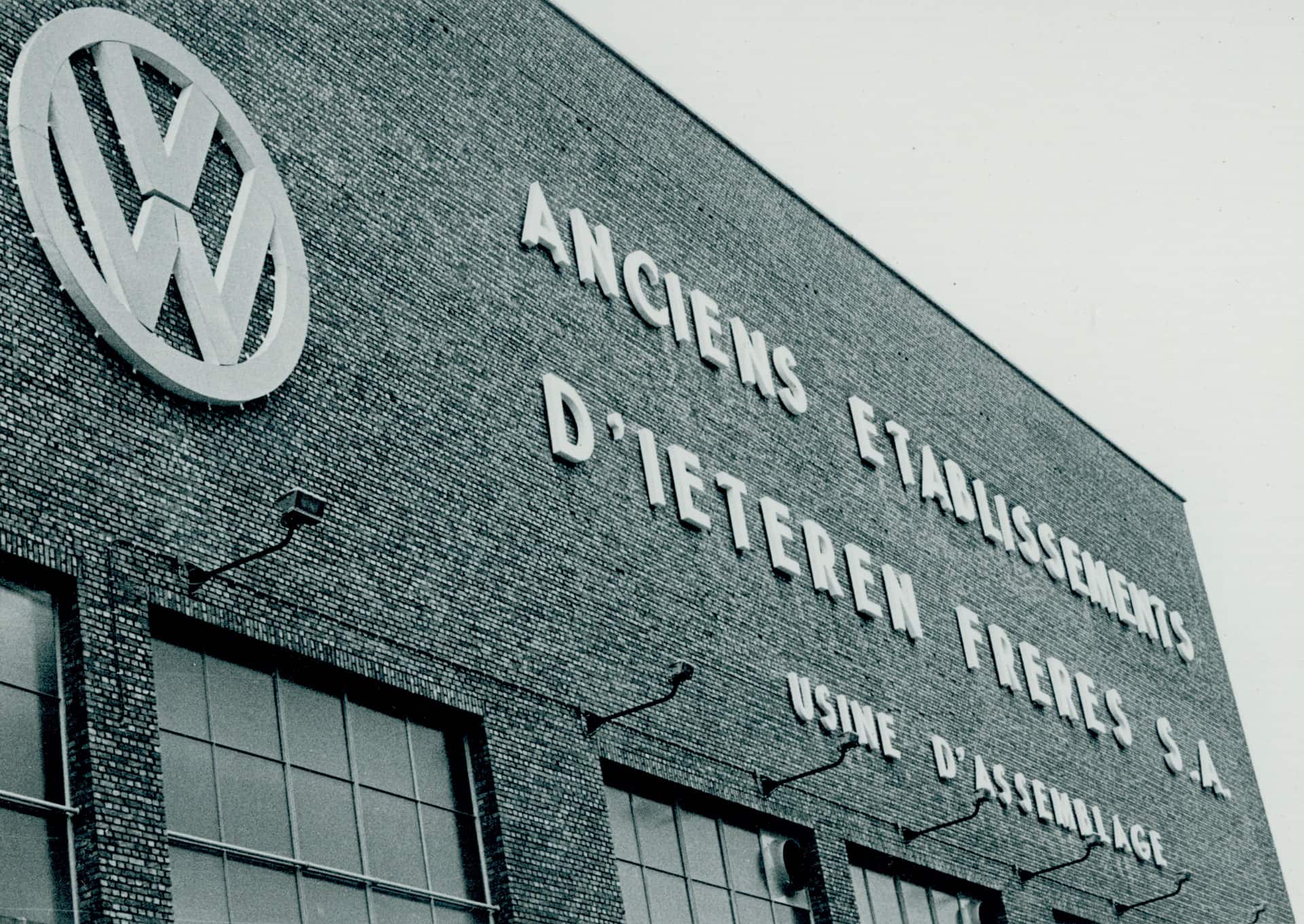 The history of the Brussels site dates back to 1948. It all began when the first production systems were established and the factory went into business under the name “Anciens Etablissements D’Ieteren Frères”. On September 27, Pierre D'Ieteren laid the foundation for the factory, which initially was intended for production of the Studebaker. Several months later, on April 7, the first Studebaker rolled off the production line in Brussels.
Executive Board
Company Culture
Corporate Responsibility
History
© 2023 AUDI BRUSSELS NV/SA. All rights reserved.